"I, Cyborg" Curated by William Corwin

“I, Cyborg,” on view at Gazelli Art House in London from October 6 through November 12, is an iteration of the exhibit “Cyborg” at Zurcher Gallery in New York, which was on display in December of 2015. “I, Cyborg” is an investigation into the confluence between cutting-edge philosophical, sociological and scientific interpretations of what it means to be human and the definition of humanity, while “Cyborg” was a look at the idea of the human combined with the “other.” The title is drawn from the science-fiction short story by Isaac Asimov of a little girl and her robot babysitter and was later expanded into a series of stories pondering the nature of the relationships that would arise between Homo sapiens and Aismov’s imagined rage of servile robots. While Asimov’s prophesies have yet to come to pass, his book serves as a proscriptive text for the concept of humanity as it begins to overtake itself. This falls along the lines of Rosi Braidotti’s philosophical text, “The Posthuman,” as well–where have reached a point in our biological and evolutionary development where we can see and feel the fact that we are no longer the ultimate entity on the face of the earth–there are different beings on the horizon, a situation that we as a species have not experienced since the extinction and assimilation of the Neanderthal species around 40,000 years ago. 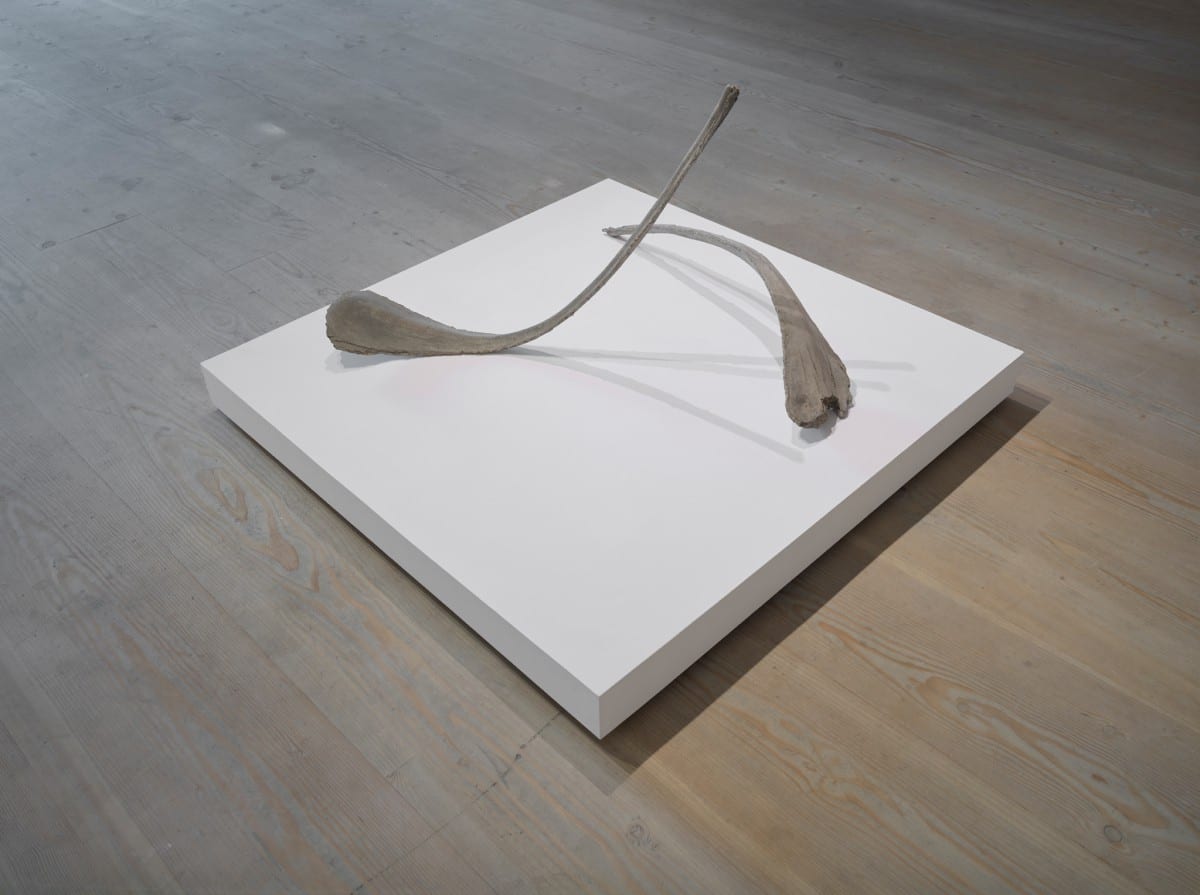 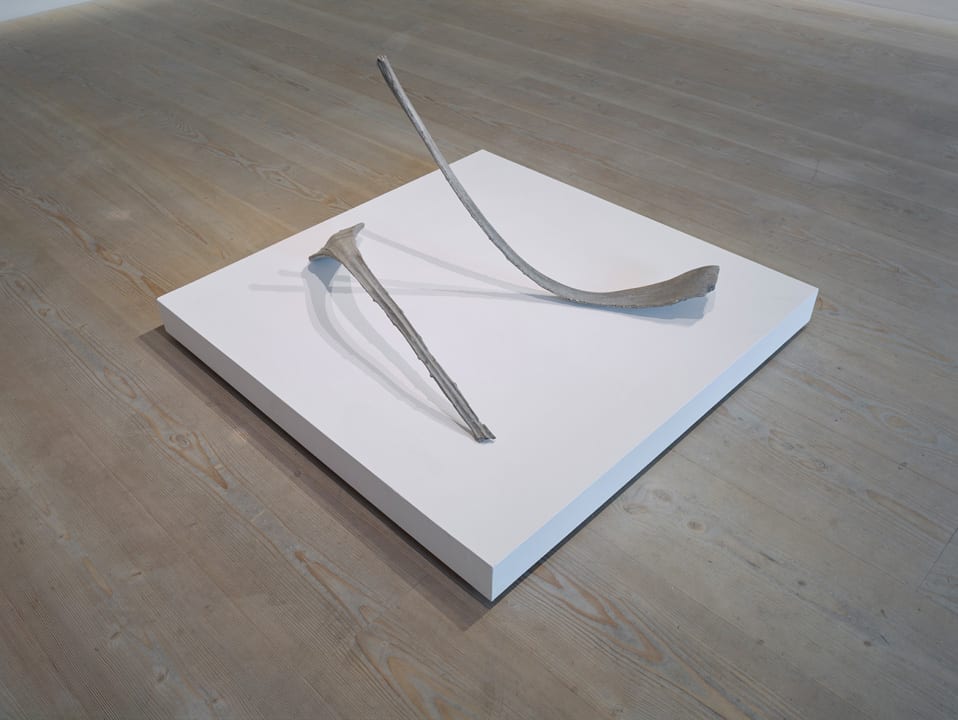 This new and troubling frame of mind will inevitably be perceived, examined and interpreted by contemporary artists. In “I, Cyborg,” the artists Elisabeth Kley, Kianja Strobert, Saad Qureshi, James Ostrer, Roxy Paine, Dustin Yellin, and myself, and the artist teams Recycle Group, Roxy Topia & Paddy Gould, and Aziz and Cucher utilize a mix of media, including painting, sculpture, digital media, ceramics, pen and ink, and photography. In curating the show, the intention was to provide a range but to focus on work that was hand-made, so as to emphasize the ubiquity of this new interpretation of humanity in all mediums and not just those focused on hi-tech or digital–this follows a similar line of reasoning in last year’s “Cyborg.” Though the imagery is often dire as in Aziz & Cucher’s tapestry cycle of conflict zones and James Ostrer’s character studies using rotting meat and animal carcasses, most of the imagery is critical without being pejorative–a recognition of the flow of history, with perhaps a desperate plea for change here and there. 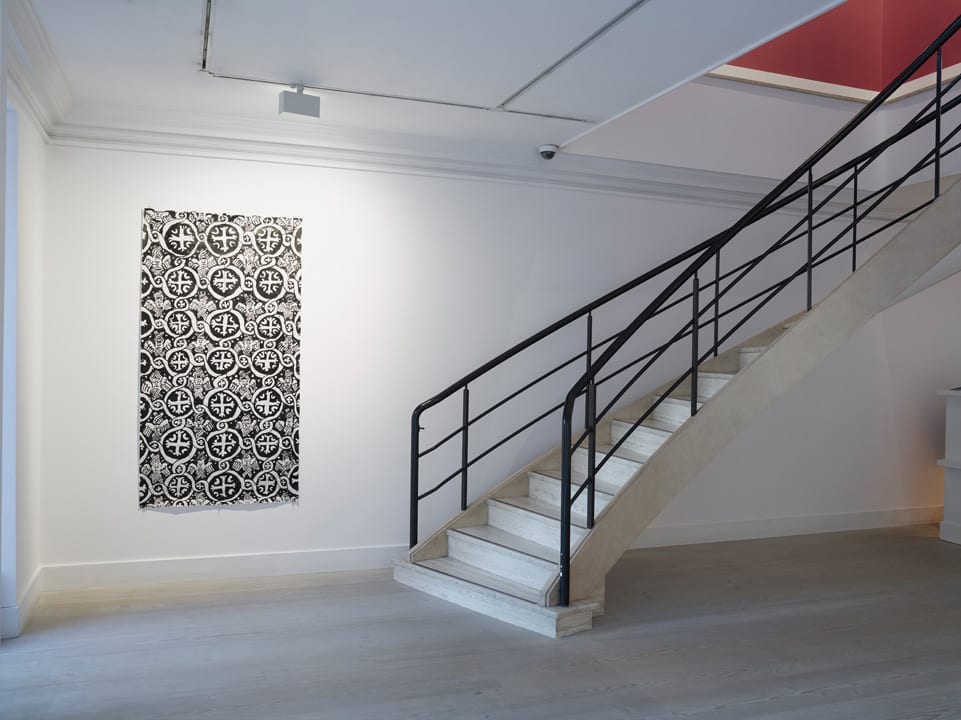 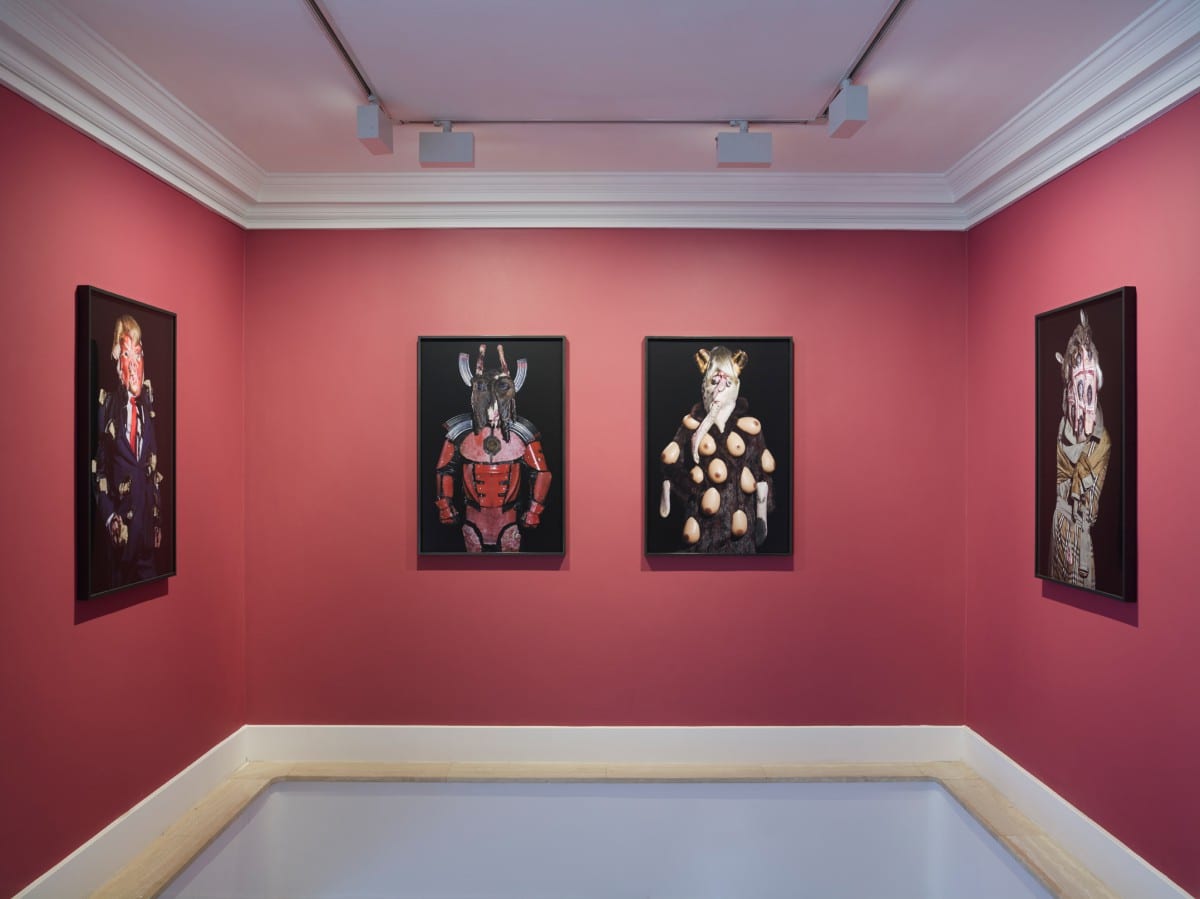 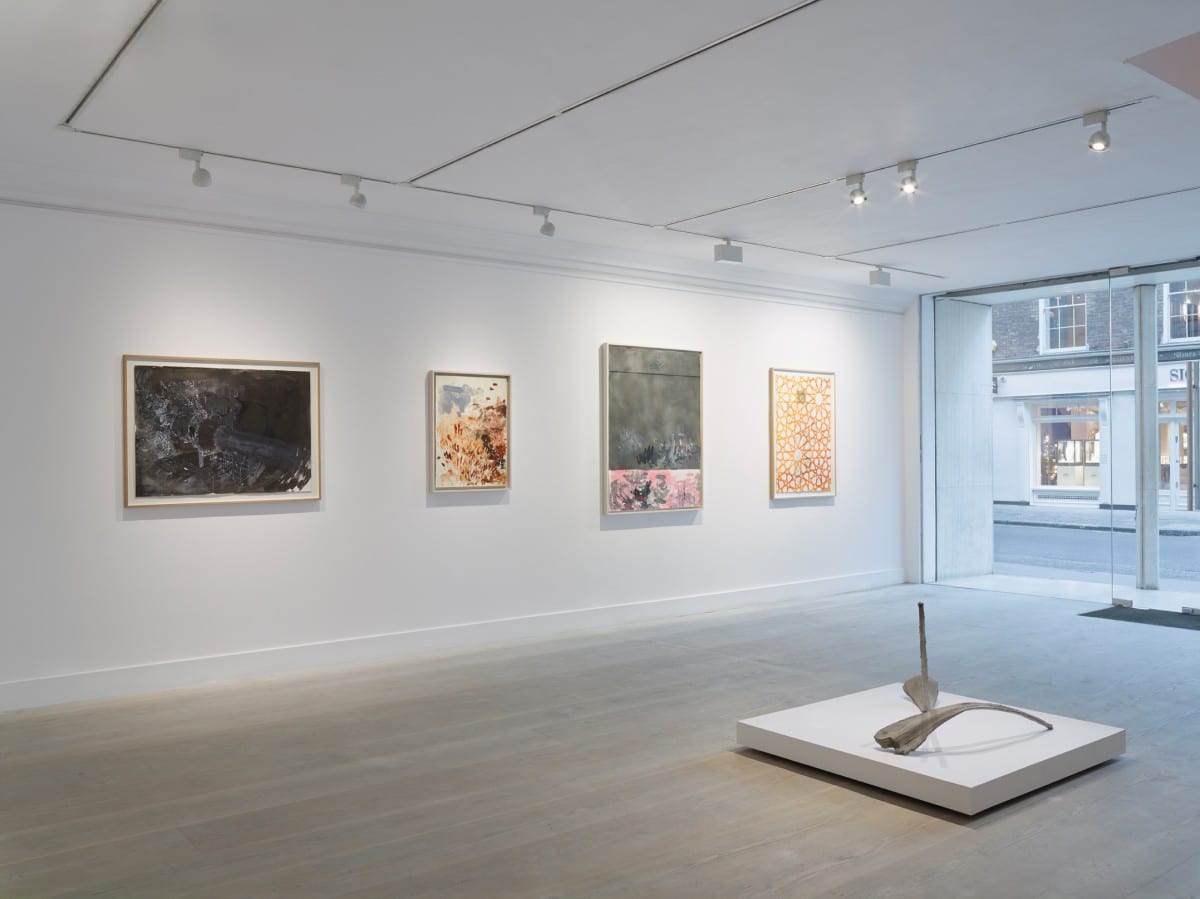 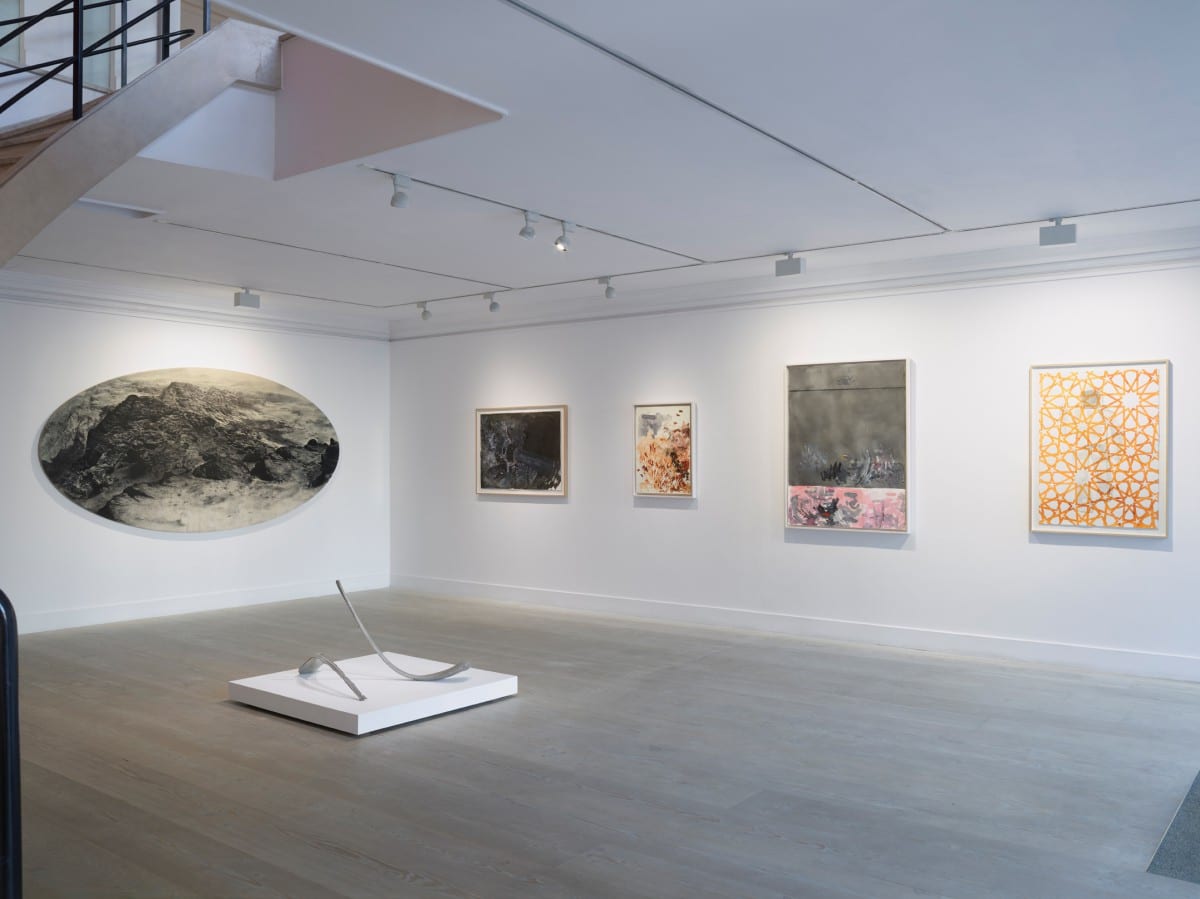 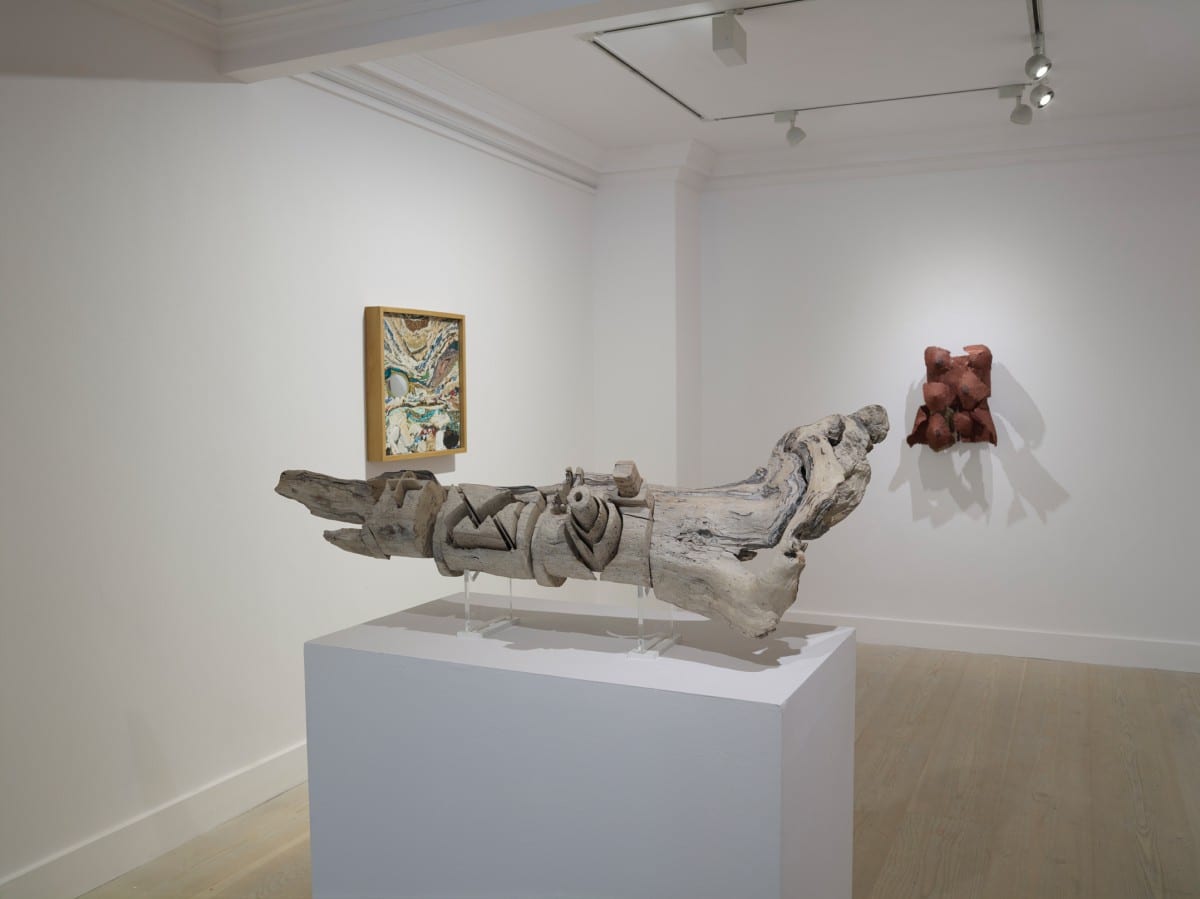 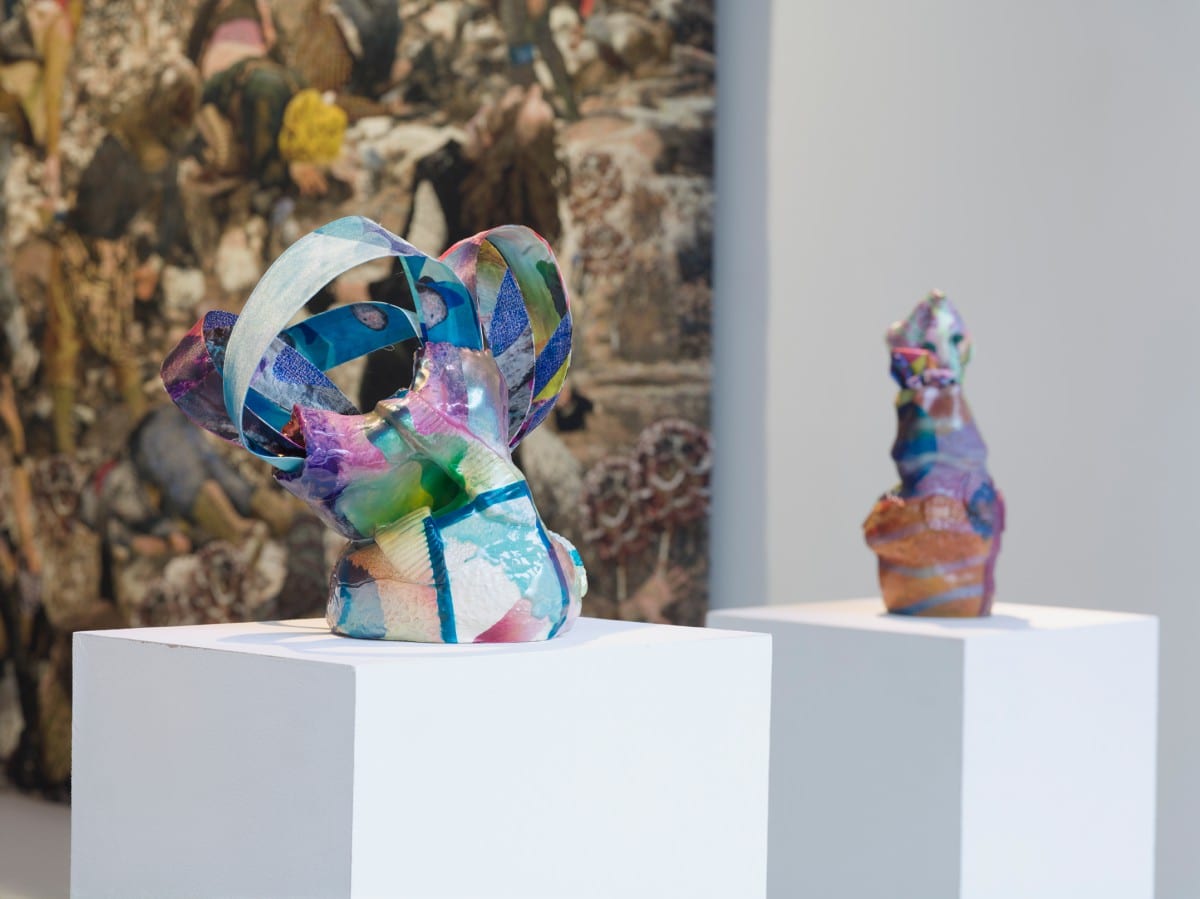 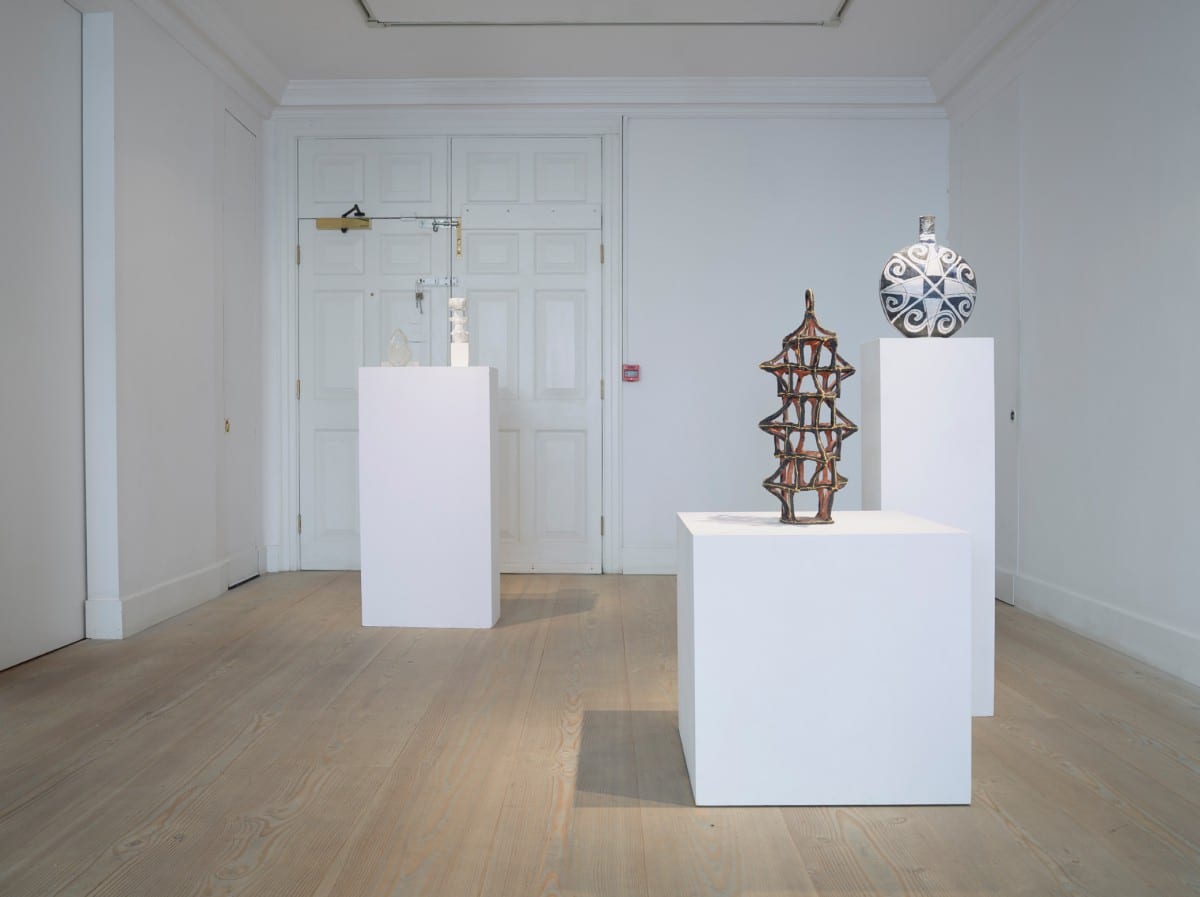 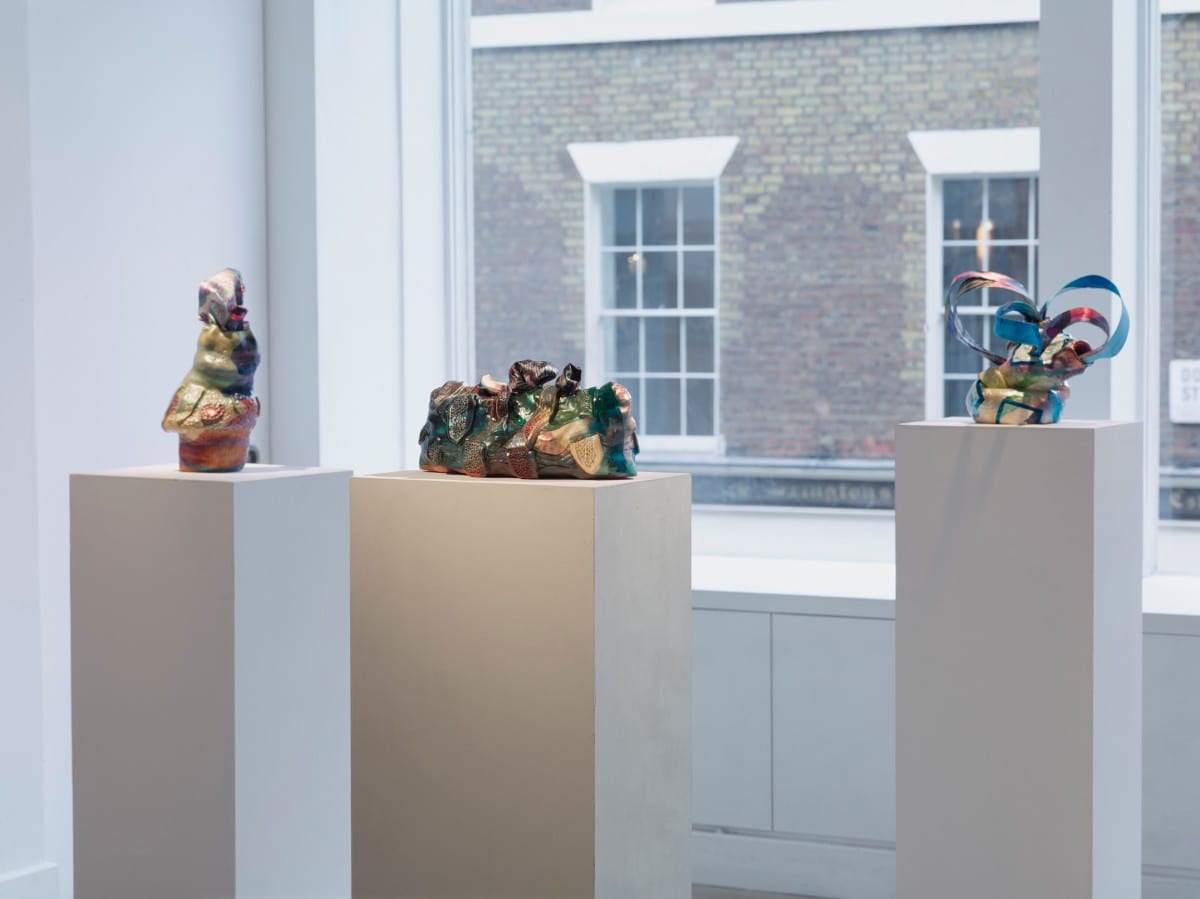 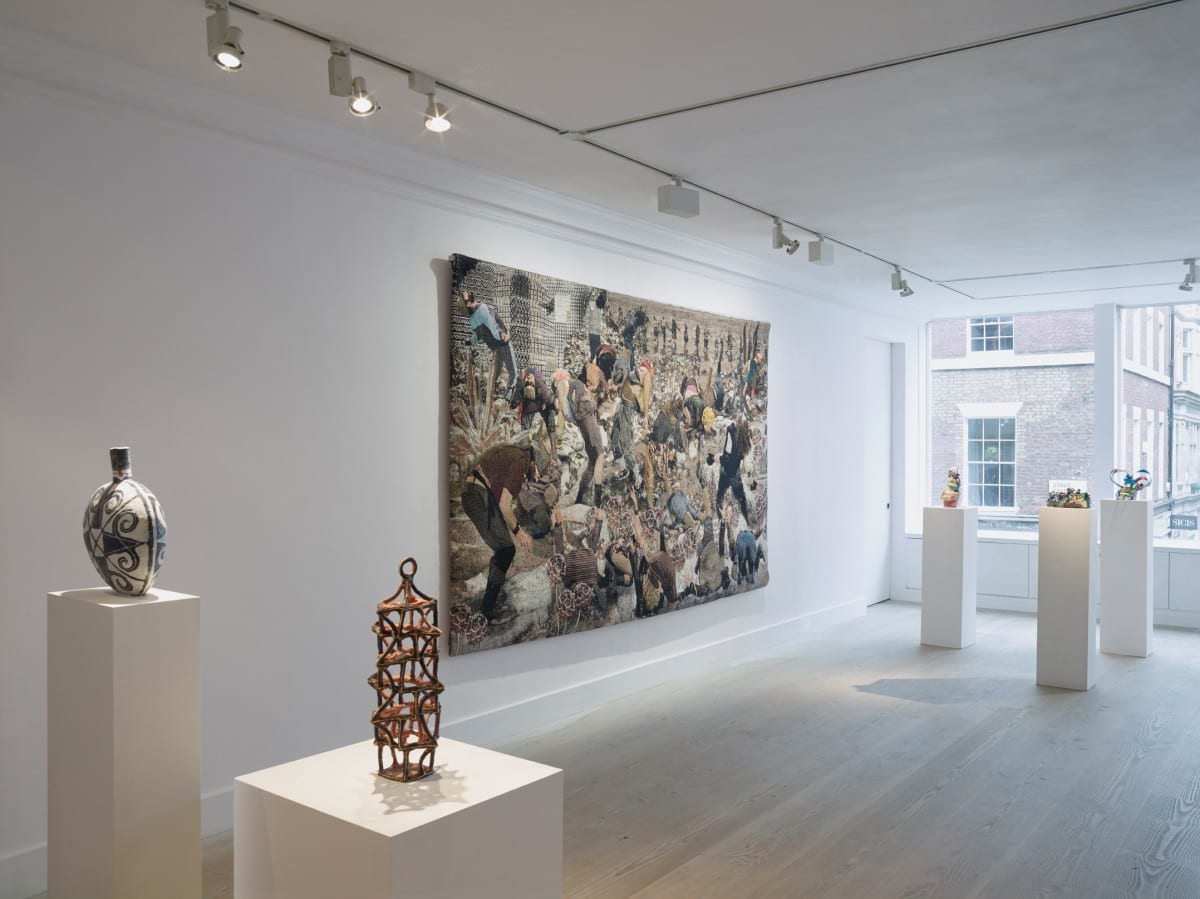 The effect of the show is meant to manifest itself in the range of emotion exhibited by the carefully selected works–the sense of nostalgia in Qureshi’s plaintive cast concrete palm fronds from Mecca, Kley’s unassuming but gorgeous cinerary urn for a dear friend, Strobert’s aesthetically dazzling primer of her own body’s extents, and Paine’s bemused diagrams all offer traces and referents of the human experience, happily or sadly at the tail end of our unique presence as a highly evolved primate species on the earth.

All images from “I, Cyborg” and the works are copyright the artist, photography by Peter Mallet and courtesy Gazelli Art House.