Issue 08 marks the conclusion of our collaboration with TurningArt.  This week we focus the TurningArt spotlight on Gavin Bunner.

Installation Magazine: How did your journey as an artist begin?

Gavin Bunner: As a child, I was really into newspaper comic strips, especially Calvin and Hobbes and The Far Side, so I started to draw my own comic stripes.  That was my first artistic act. 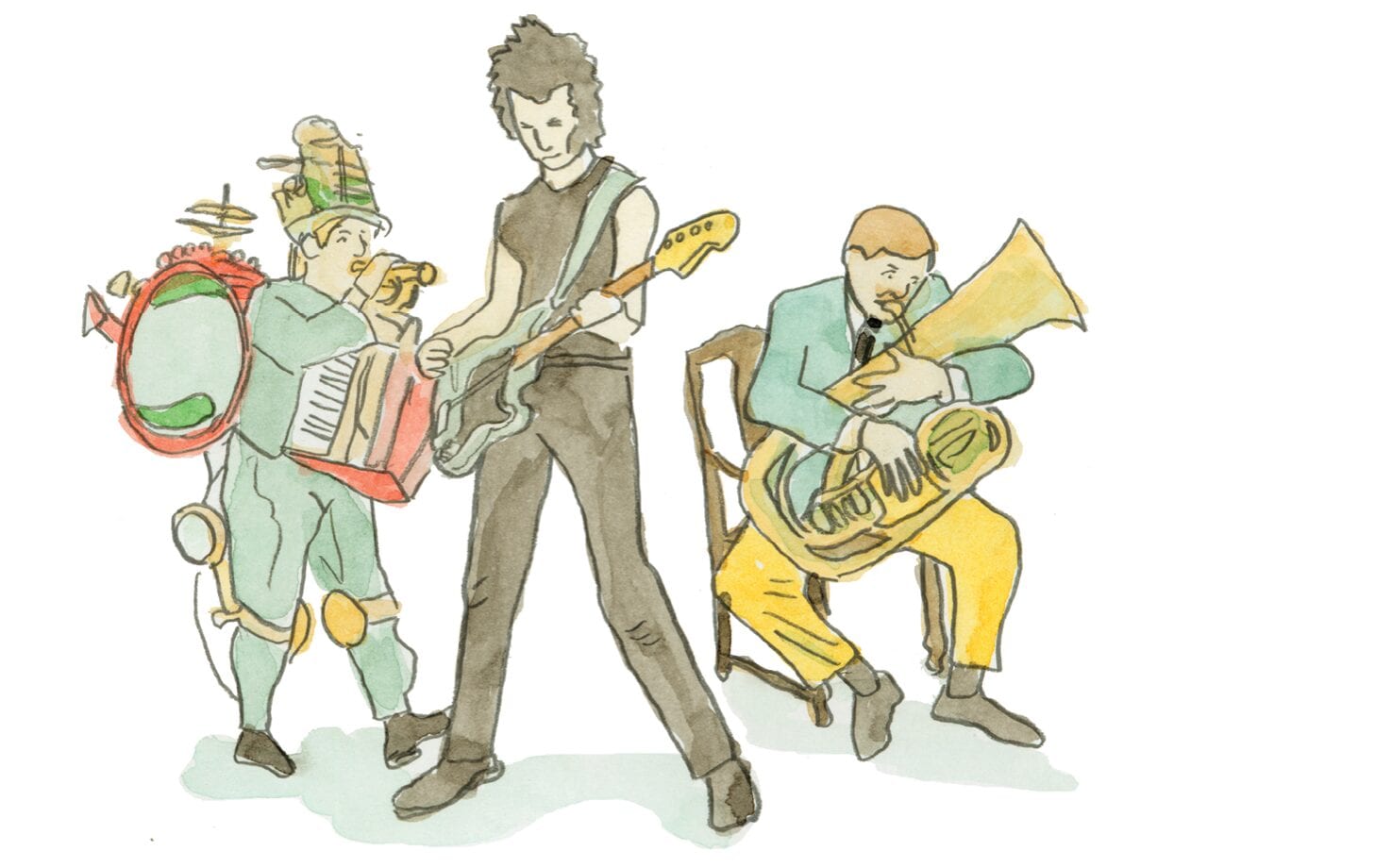 Your watercolor works are whimsical, humorous, and witty.  When did you begin exploring the medium of watercolor?

I first started to use watercolors toward the end of college.  The medium offers an immediacy and light touch suited for telling jokes.  Watercolor by its very nature expresses an ease that humor should have.  Other mediums can feel a bit too rigid or rushed, making the punch lines fall a bit flat. 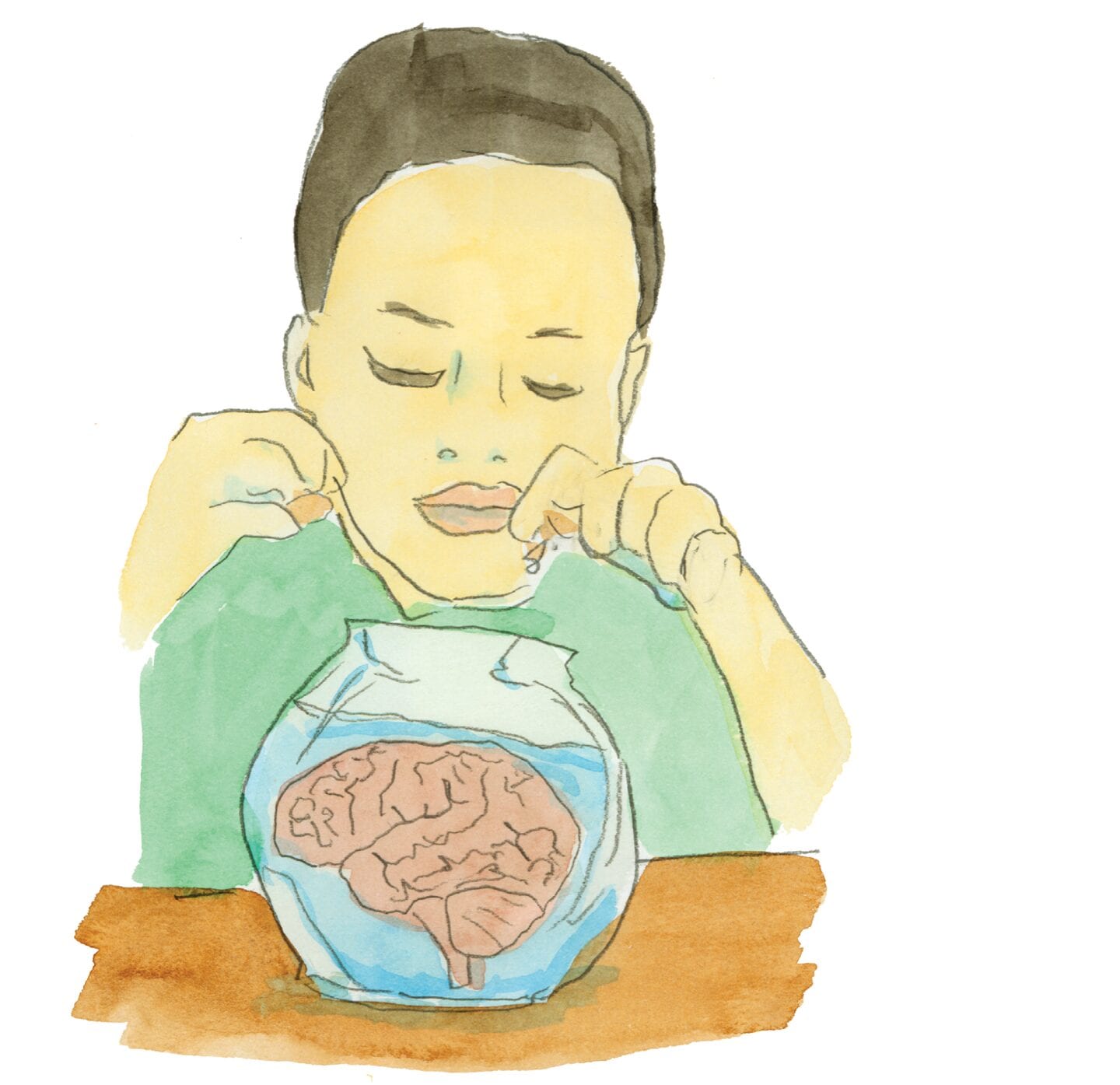 The inclusion of humor opens your work to a larger audience.  When making your work are you consciously considering the reaction of an audience, or are you making work purely for your own pleasure?

I definitely don’t make art for myself.  I always have the audience in mind and want my artworks to be understood by the largest audience possible, but that’s not to say that I write all my jokes for the largest audience possible.  Sometimes the references are more obscure, and maybe only 1% of the audience will actually be able to get the joke.  Sometimes the joke is there is no joke.  I also designed the series to be easily adapted by it’s fan base.  All of the imagery I used comes from a public source and then I just trace and color in it, so anyone who likes my work can do that same and easily make their own.   When I started the series, I was thinking about how Rock ‘n’ Roll became influential because it was easy to learn how to play it and therefore, fans of the music could learn the songs and form their own bands and take the music in their own direction, and I wanted to come up with a similar formula for art. 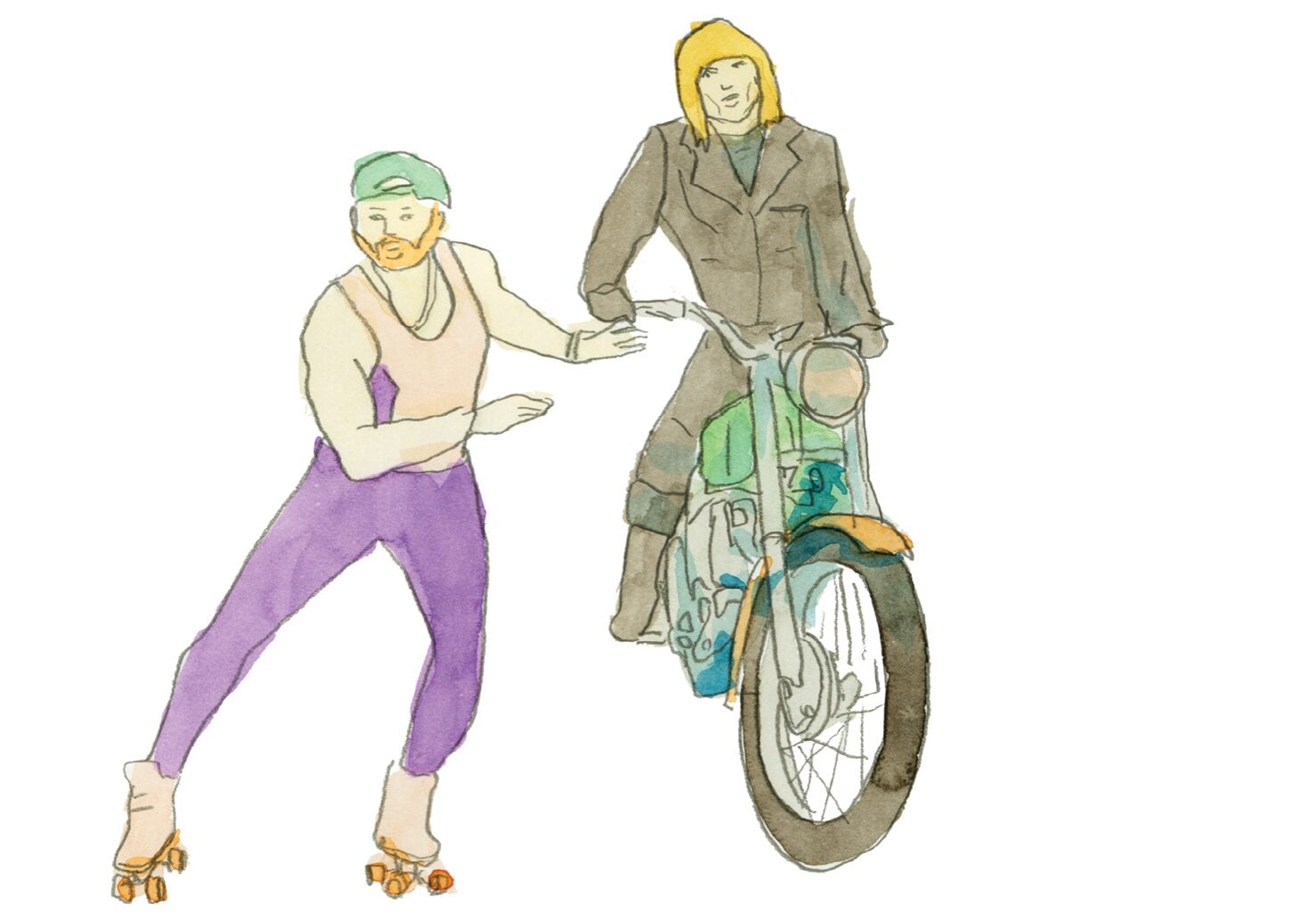 Your work also has a serious component to it as well, following in the tradition of Pop art, which created a new idiom of style.  How would you describe your style?

In college I referred to my body of work as “humorism,” and I even wrote a manifesto of short declarative sentences, in the third person to define it.

In what ways do you feel your work reflects the contemporary moment?

I feel the contemporary moment is being shaped by the vast amount of knowledge easily accessible on the internet, and my work reflects the effects of this new access… hilariously.

What type of characters do you enjoy creating? The figures are relatively small in relation to the visual plane and yet you manage to create a personality in their physicality without revealing too much information about their identity.  Briefly describe your background in art.  How has your study of art history and painting informed your work?

I don’t really create characters.  What I do is I search for pictures that fit the “type” required by my joke.  It is more like being a casting director.  I use search engines to find these “types” because they give me a ton of images to use instantly, but also they are sorted based on how close their association is the original word used to conduct the search.   For example, if I need a “fat man” for a joke, Google is only going to present me with the most common fat men, which are also probably what most people would immediately recognize as a fat man, and this minimizes the audiences’ chance of  misinterpreting the joke.  Art Background:  I have a BFA degree from Illinois State University, which had an awesome, but underrated BFA/MFA program in mid 00’s.  I learned all my technical and critical thinking skills there.  I would also say if you don’t study up on history of your craft, you will end up making redundant work.  It’s true in both the arts and the sciences. 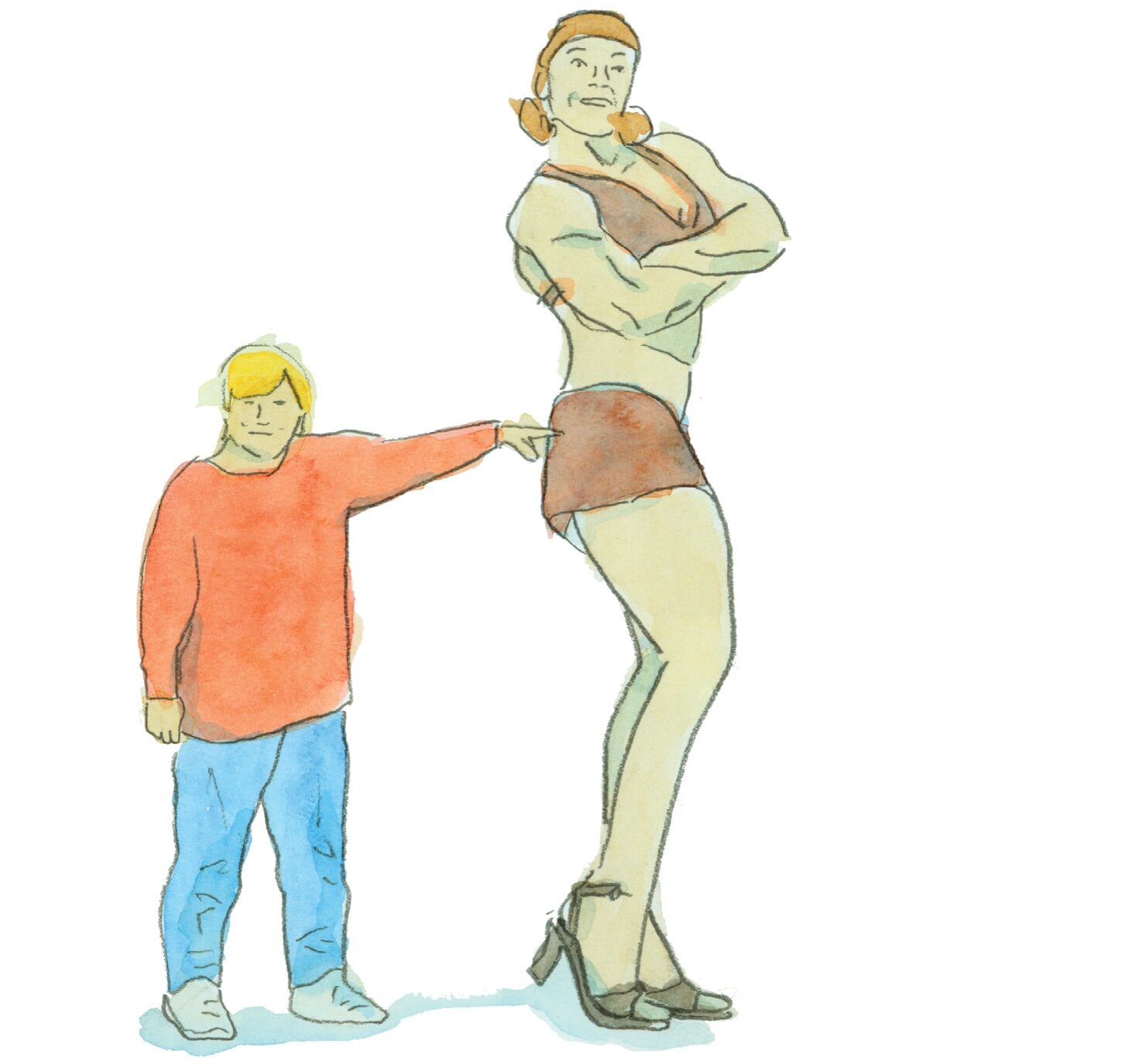 Where do you look for inspiration?

Google– but now that it has become too specific to the user, and a less effective research tool.   The Internet is the world’s biggest library, so don’t forget to browse it’s stacks.

What painters have influenced your practice? Any comedians?

The painters that most influenced my take on what a painting could look like and be about are Marcel Dzama, and Henry Darger.  Obviously, Andy Warhol is way up there, as we all continue to live in his shadow.  To go back a bit, I am also a big fan of Pieter Bruegel the Elder and Bosch, as they legitimized the  idea that painting could be about everyday stories and occurrences.  I probably wouldn’t have become an artist if it weren’t for Bill Waterson, Gary Larson, and Martin Handford.  As for as comedians, I think The Simpsons probably had the biggest impact on my sense of humor.

What has your experience been like working with TurningArt? With the gallery system shifting, do you feel that this new style of representation is more successful in reaching new collectors? Have you discovered any artists on TurningArt that have influenced or inspired your art practice?

TurningArt has been great to work with!  They have surprised me time and time again.  When they first contacted me, I didn’t know what would really come of it, but it’s going really well.  They came up with a whole new way to promote art and make it affordable, and not only did they get it to work, they got it to work during the recession, when so many galleries went under.  I’m just glad to be part of it.

All images courtesy of Gavin Bunner.

All images are details of work.